With the recent arrival of so many generative AI tools, I thought it would be interesting to explore ways of combining these tools to see what can be created. 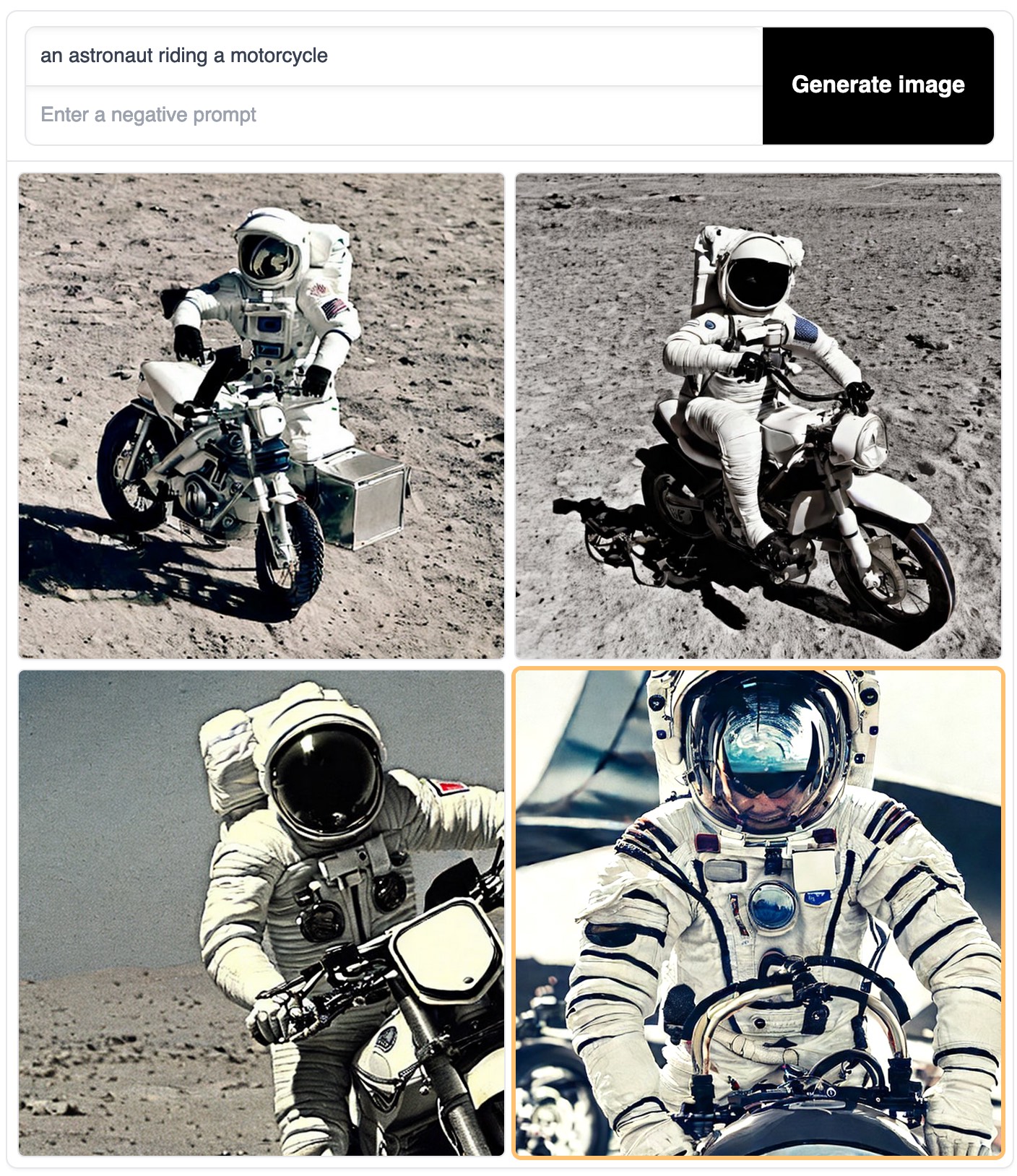 Next, I tried asking ChatGPT for the following Give me some prompts for generative image tools that are better than an astronaut riding a motorcycle. It gave me 8 new suggestions of things to try: 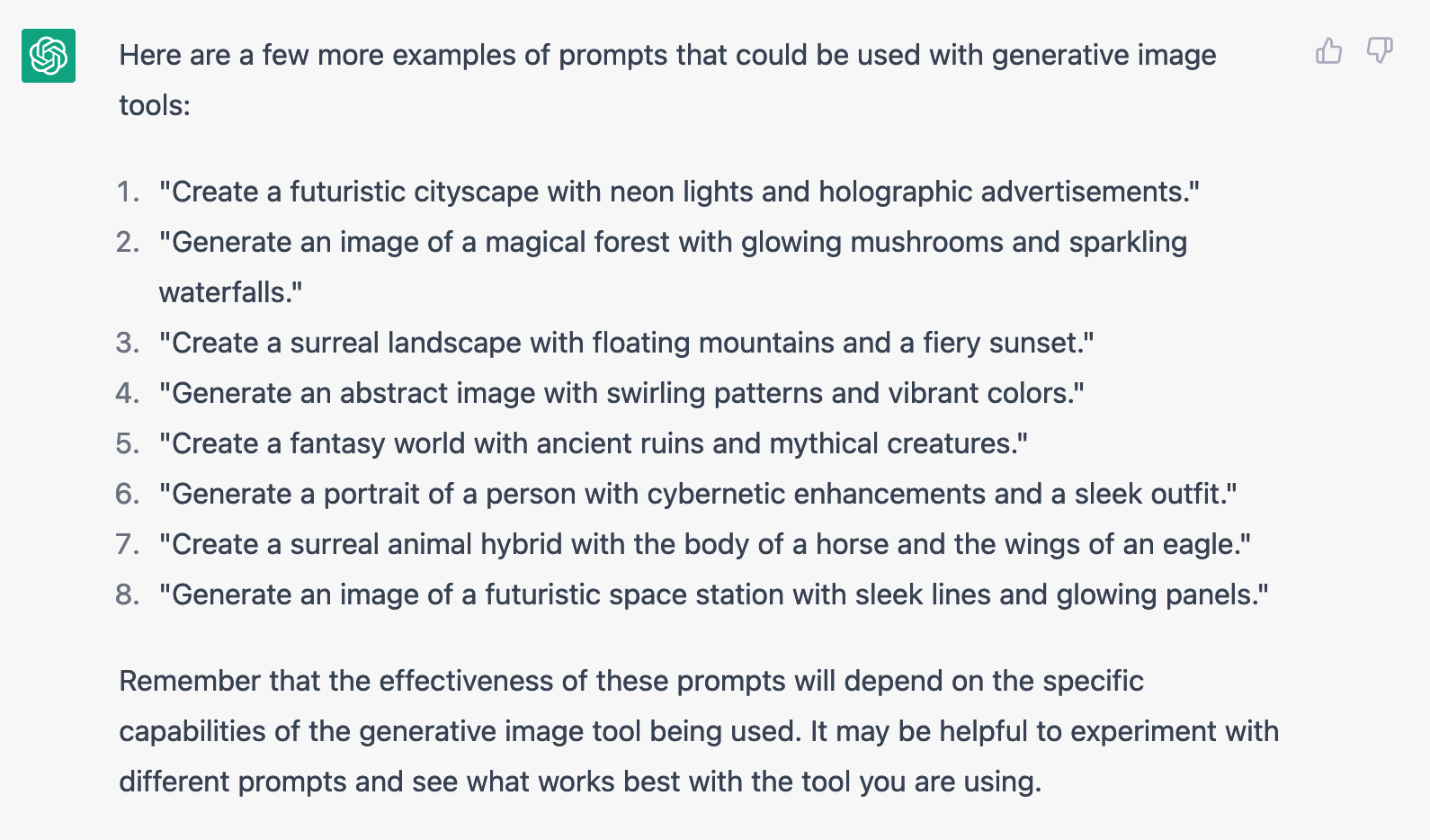 I picked number 6, a portrait of a person with cybernetic enhancements and a sleek outfit, as it seemed closest to my original prompt. Here is what Stable Diffusion returned: 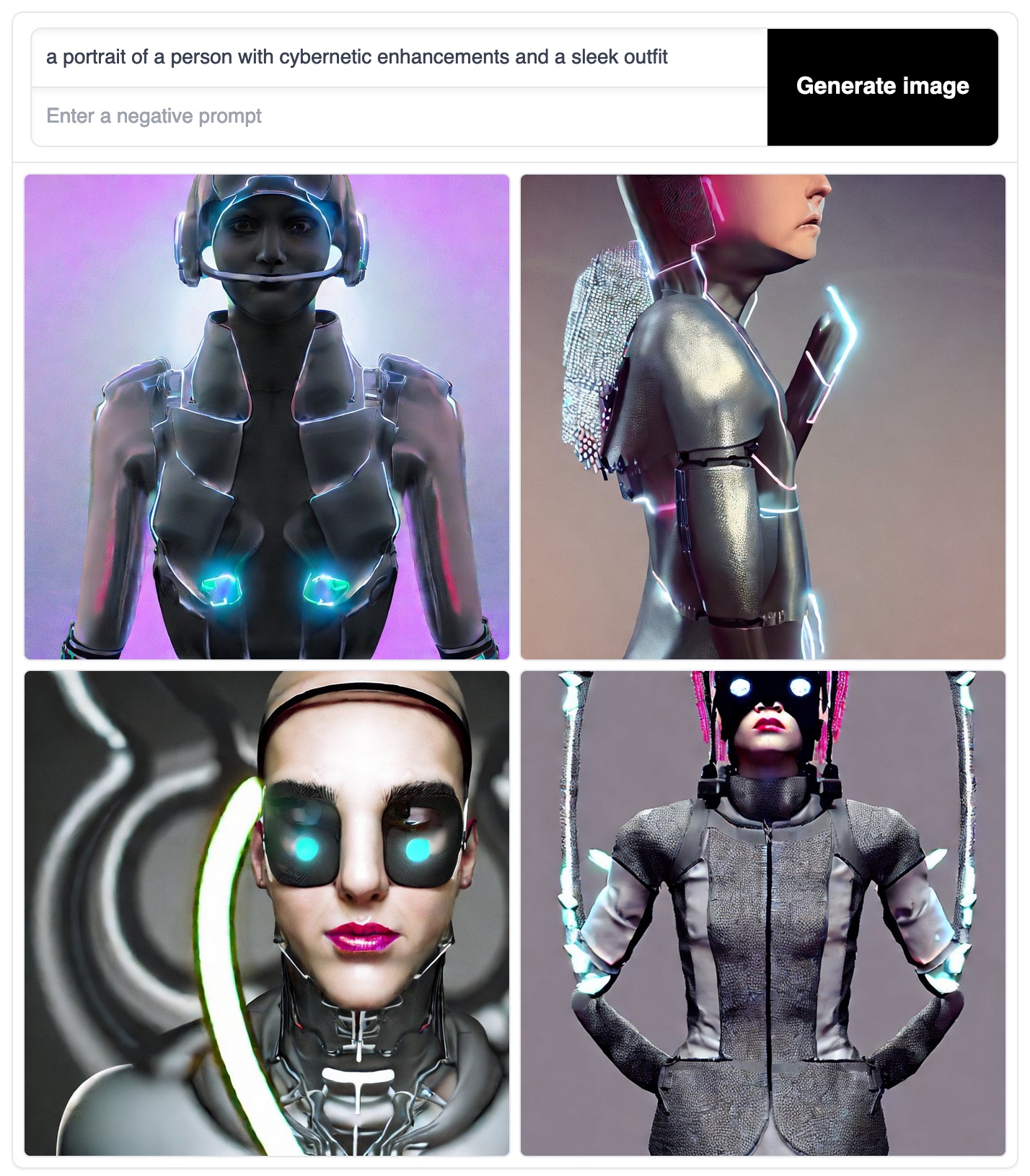 The results are pretty interesting, but those faces look a little odd to me. It's also not very close to my original prompt. Trying one more prompt that ChatGPT suggested (a futuristic cityscape with neon lights and holographic advertisements), I got the following: 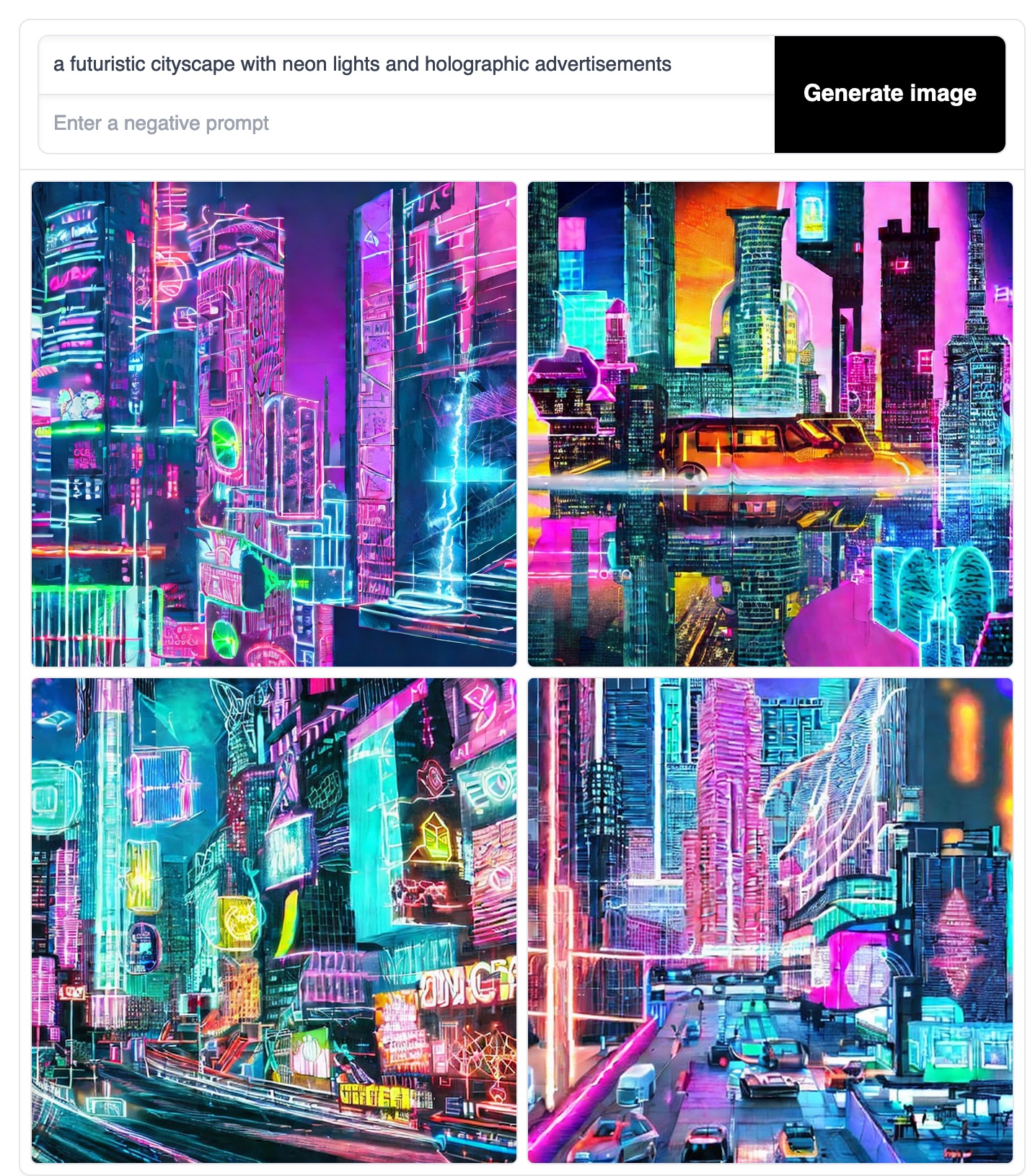 Definitely interesting, but again, it's not really an improvement on the initial prompt. I do like the colors it came back with, though. Since this approach wasn't really working, I decided to try a different phrasing with ChatGPT. This time, I prompted it with: Add additional descriptions to the following phrase: an astronaut riding a motorcycle. ChatGPT returned the following suggestions: 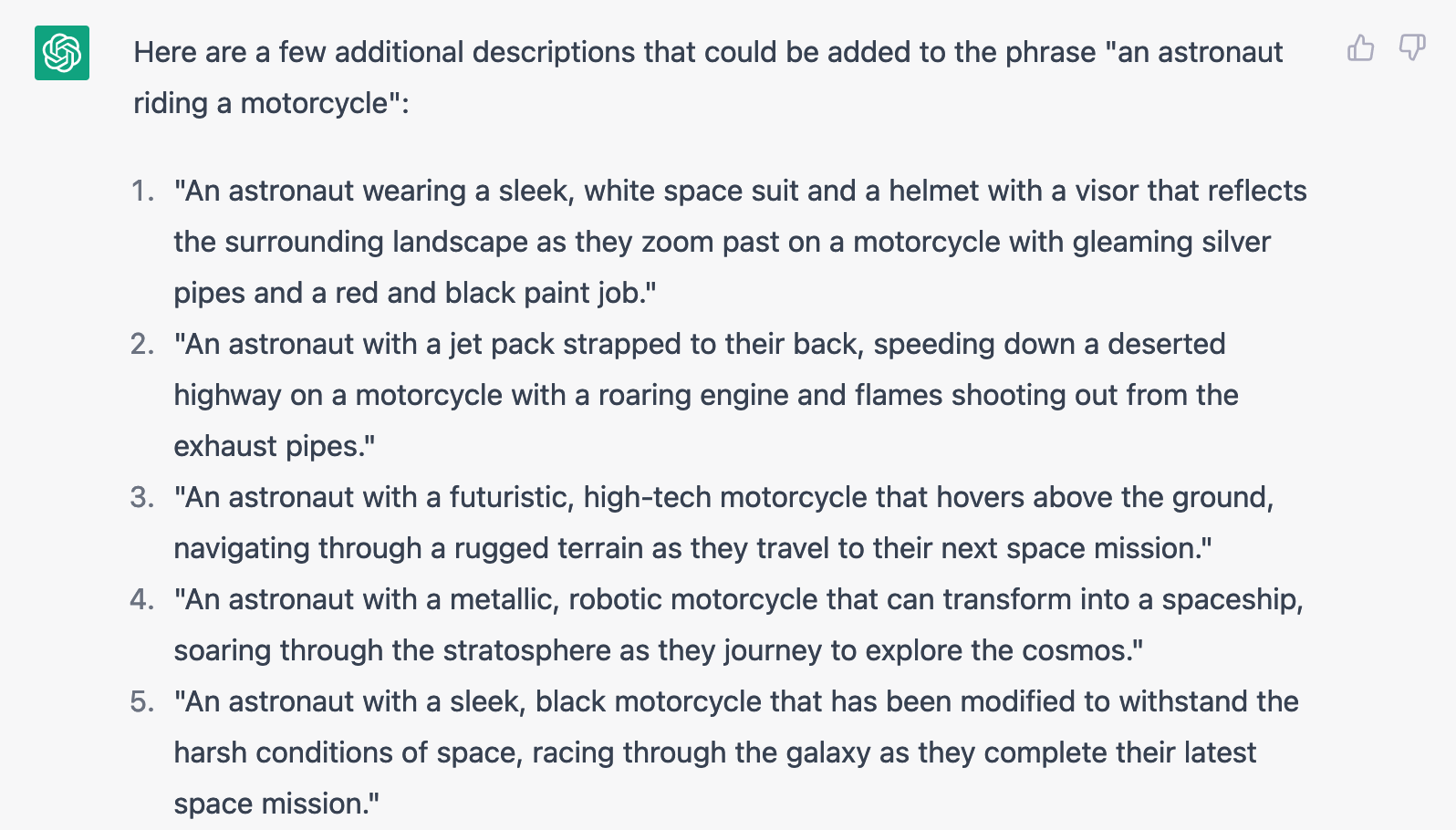 Trying the first prompt, An astronaut wearing a sleek, white space suit and a helmet with a visor that reflects the surrounding landscape as they zoom past on a motorcycle with gleaming silver pipes and a red and black paint job, gave me the following output from Stable Diffusion: 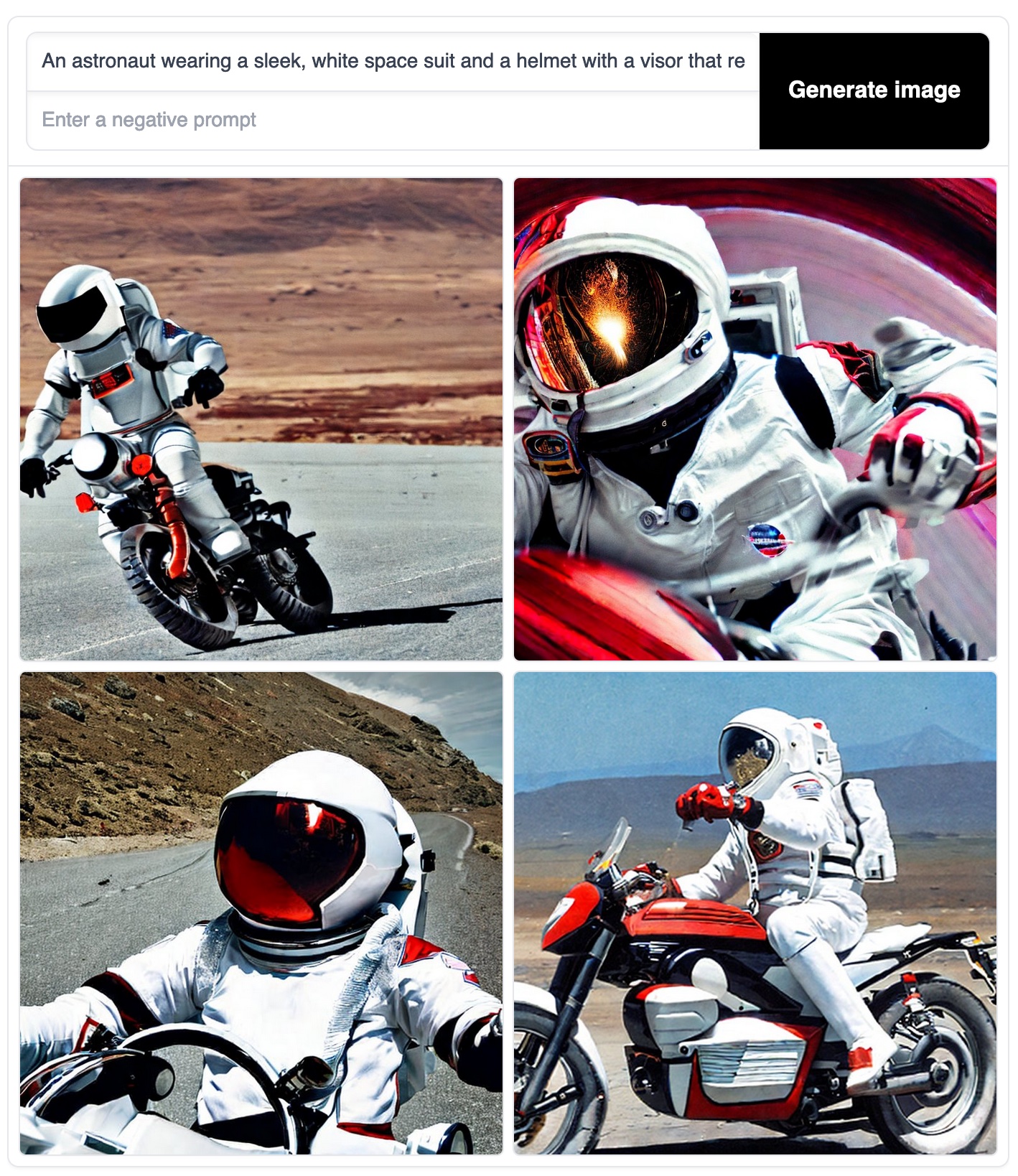 Now we're getting somewhere. Trying one more suggestion from ChatGPT: An astronaut with a jet pack strapped to their back, speeding down a deserted highway on a motorcycle with a roaring engine and flames shooting out from the exhaust pipes. gives me the following: 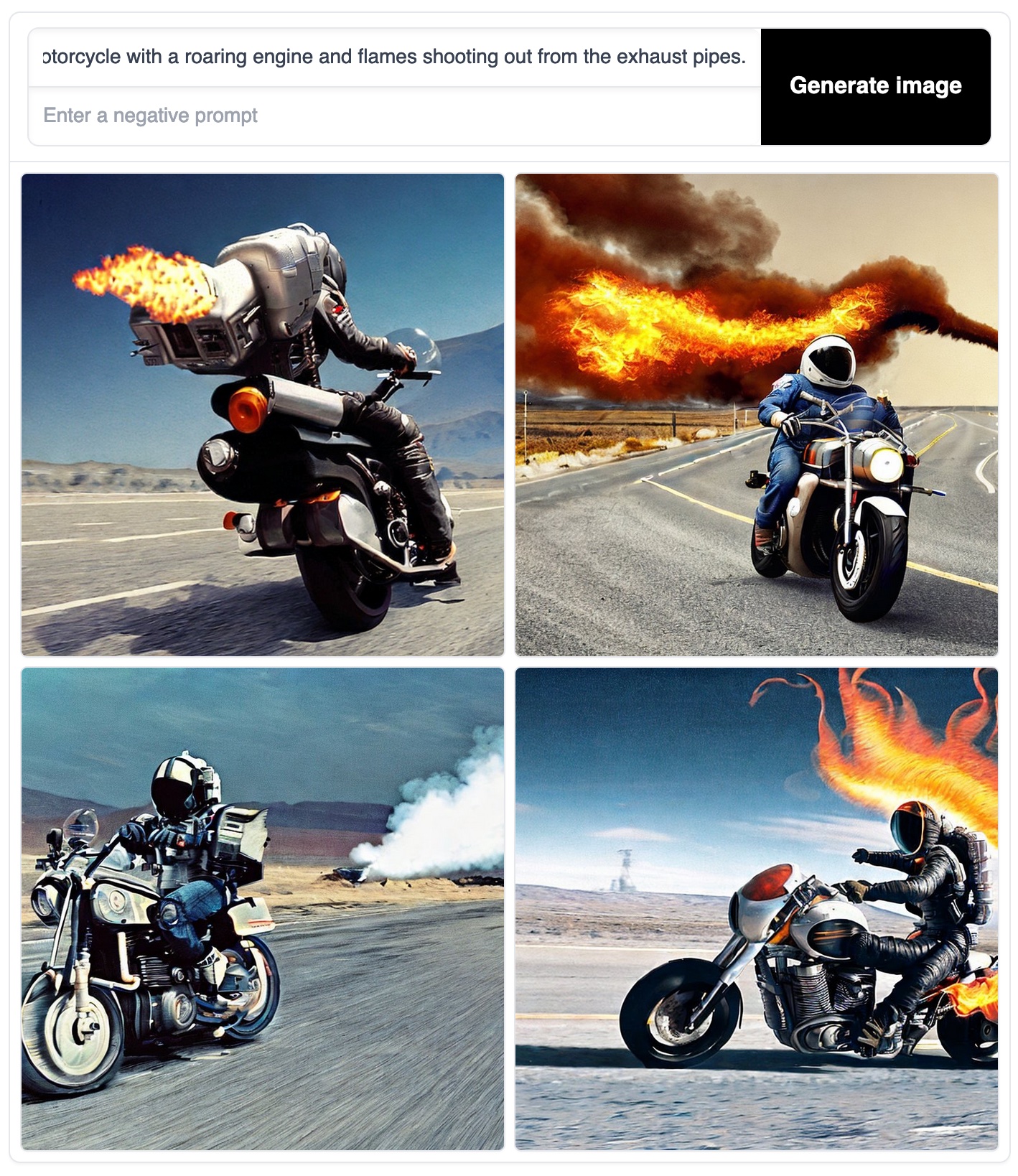 These are much more interesting images than my initial prompt. While all of this is subjective, I certainly got more variety than what I came up with on my own. Using ChatGPT to add creativity into the image prompts was a success.